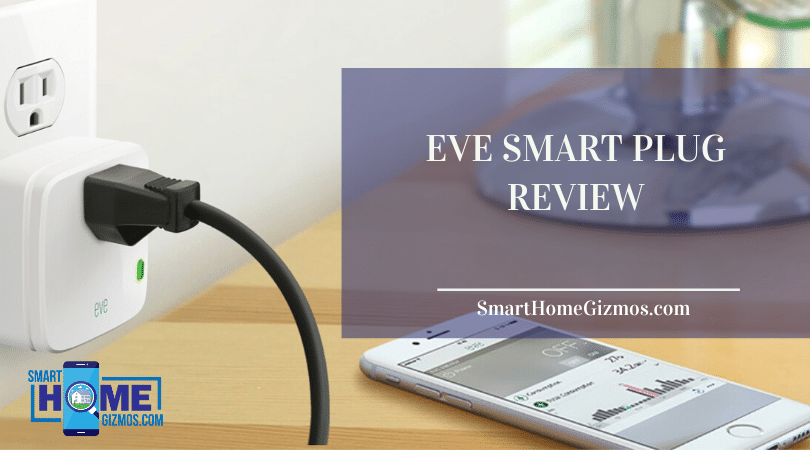 The modern home today is getting smarter and smarter. As time goes, more and more home appliances are becoming smart through the use of the best smart plugs. Home devices are able to communicate with each other and to their home owners. In case you do not have a smart device, you use a smart plug to make the device smart.

They are however not going to get full smart compatibility but you will be able to do the basics such as turning the device on or off. One of the best smart switches in the market today s the Eve Smart Plug by Elgato.

The Eve Smart Plug is a great smart plug that is affordable and comes with a wide range of functionalities. It was first released in 2016 by the Elgato Company that previously gave us great smart plugs including Eve Room and Thunderbolt Drive.

However, a newer model was released in 2020 The Eve Smart Plug is quite different from the previous two since it came about to make a difference in the oversaturated market of smart plugs.

The Eve Smart plug is powered by Siri meaning it is only compatible with Apple devices. However, Elgato has made it possible for multiplatform support in their app.

It is available on online platforms such as Amazon at an affordable price of $50. There is only one major downside for this smart plug: it can only be controlled remotely using Apple TV. If you are not an apple TV use, this might not be the best smart plug for you.

Reasons to get the Eve Smart Plug 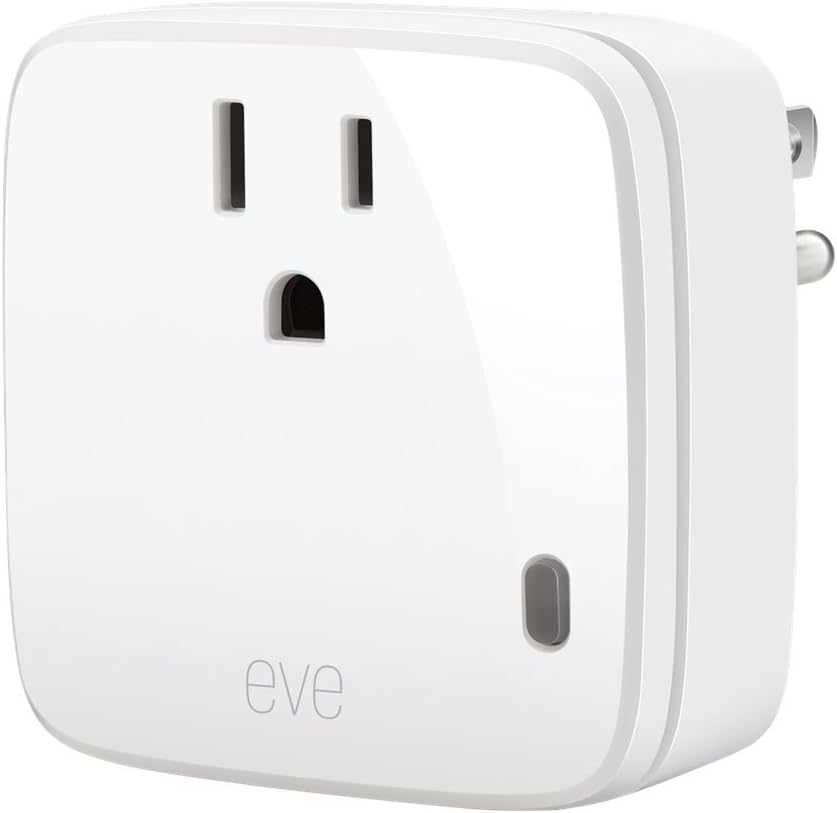 The Eve Smart Plug is great and can be used for lamps, heaters, fans, refrigerator and more. It connects fast and east to your home WiFi network and eliminates the need for a hub. This smart plug allws you to turn on the lights in your home from your work place.

It also allows you to check whether all devices are switched off and allows management of the home appliances using voice command. You also get a chance to monitor the energy usage in real time.

Elgato’s Eve Smart Plug came about as a competitor of the iDevices Switch which is also powered by Siri. Eve was improved and is able to work better with Siri due to extra functionalities and customizable device naming in the phone app.

However, unlike the Eve Smart plug, iDevices does not need Apple TV to control remotely. They are however both not compatible with android devices. The Eve Smart Plug is a great choice for people with an Apply ecosystem at home.

How to setup the Eve Smart Plug

Use and installation of the Eve smart plug by Elgato is straight forward and direct. It works like other smart switches out there by simply plugging it in to the wall outlet and plugging in your home device into it.

After doing this, the home owner is able to pair the device with their Apple Home kit found on either their iPhone or iPad. On the iPhone or iPad, open the Home app and add the accessory or device you just connected by clicking on the plus sign on the top right of the screen.

You should be able to now connect to the device and control it using Siri. The process is quite easy and rarely fails to connect.  One thing to remember though is that the Eve smart plug uses Bluetooth for pairing instead of the usual WiFi network connection.

This was done to account for cases where there is no internet connection. And although they used Bluetooth, many users have said that the connection is super-fast and super responsive. It is also easy to use.

As we said earlier though, you will not be able to use the Home kit remotely unless you have an Apple hub such as Apple TV or iPad. Once the device is connected and installed, you will be able to turn the switch on or off directly from your iPhone.

This connection is done in just a few seconds. Once connected, you will be able to control and manage the connected devices and track their energy/power consumption therefore helping you conserve energy and electricity.

Ways you can use the Eve smart Plug

This smart plug enable many functionalities within your home. It lets you control your home kit connected appliances. The following are the major uses of this smart plug.

Control the lights and lamps from your phone

Just with the click of a button, the even smart plug allows you to control your home lights by turning them either on or off. The plug itself has a white button that does the same thing but where’s the fun in that?

The Eve smart plus allows you to set routines or scenes

This smart plug allows for creation of scenes or routines. Say you create a Bedtime routine. In this routine, you can set the activities that accompany your Bedtime.

For instance, you can set the bedside lamp to go off, set it to lock the doors and shut the draws or curtains. So every night you activate this scene either through a click or voice command, all these activities will take place automatically.

The Eve smart plug acts as a power meter

The Eve app on your phone is built to log and display details, analytics and reports regarding your current energy consumption in Watts. These reports can be filtered by days, weeks, hours or months.

They are displayed in kWh, and can also tell you how much the appliance costs you every month, week or day.

These information is well catalogued in nice bar graphs and many users say it is one of the best energy meter in smart hub today.

The Eve app has a lot of functionalities and among them is turning on a section of the smart plugs around the house. Using scenes, you can also be able to control multiple devices such as the lights, the stereo and your gaming console.

Scenes are set on the app as part of your daily routines. There are other functionalities such as Eve Weather, Eve Door and Eve Window.

The Eve Smart plug is not compatible with other home assistants such as Google Assistant and Alexa.

The design of the Eve Smart Plug

The first version of the Eve Smart plug was released in 2016 by Apple. It had a lot of issues but the main problem that many users complained about was its design. This first model was big. In fact, it was too big that it would interfere with small dual outlets such that you could not add another plug to the second outlet.

When plugged in on the upper outlet, it blocked the lower outlet from use. This large size heavily affected how users received it. However, in their recently released 2020 second model, this issue has been sorted out.

The exterior finish is shiny and glossy and smooth to the touch. On the front, there is the ‘on’ light indicator that is green in color and the word Eve scribbled at the center bottom.

The Eve plug uses Bluetooth technology rather than Wi-Fi to communicate with your iPhone or iPad.

For some, this may be limiting. Also, to access the plug remotely when you’re not at home, you need to connect it to a hub such as Apple TV or a Home Pod or an iPad set to be a Wi-Fi bridge. This is of course due to the lack of Wi-Fi connectivity between the plug and your iOS device.

It should also be noted that it is not compatible with Amazon’s Alexa or Google’s Assistant or their voice commands. The Eve Smart Plug is clearly for people with an Apple Ecosystem.

How to connect it to the Eve iOS app

The Eve plug communicates with your iOS device through the Eve app. In other words, without the app, you cannot communicate with the plug. After downloading the app, launch it. The app will display a Rooms screen that displays all rooms in your home and the devices and appliances connected in the rooms.

Click on the room in which the Eve plug is connected and tap on the on/off button to toggle it on or off.  To check analytics and reports of current energy consumption in Watts, cost per month and more, tap on the plug’s name.

One of these buttons is the ‘At a glance’ button. This button displays your most used devices and provides the controls to turn them either on or off. The other button is the Scenes button. Here, you can create scenes or routines. Scenes are the daily activities we do. For instance, Say you create a Bedtime routine.

In this routine, you can set the activities that accompany your Bedtime. For instance, you can set the bedside lamp to go off, set it to lock the doors and shut the draws or curtains. So every night you activate this scene either through a click or voice command, all these activities will take place automatically.

The Scene display screen also has a timer feature that allows you to schedule on and off times. It also has a Rules feature that lets you activate scenes remotely and for that you will need a hub such as Apple TV or Home Pod.

The third button is the Rooms button that allows you to access individual functions of the plug such as energy consumption and projected costs.

Should I buy the Eve Smart Plug?

The answer to this depends on a couple of things. For instance, if you are an android user, you should not buy this plug since it is only compatible with Apple devices. The same goes for Amazon users.

However, if you already have an Apple Ecosystem built around you, the Eve plug would be a great choice. To understand this better, the following are the pros and cons of this plug

The Eve Smart Plug is a great switch with a great design and easy setup and installation processes. The app is also great as it is super-fast and super-responsive.

There is no doubt this is a great purchase and an even better addition to your smart home. If you are an avid android user however, there would be no need to buy this as it is only compatible with Apple and iOS devices. 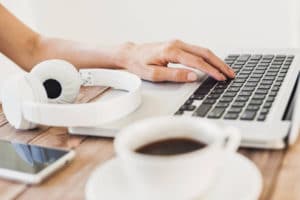 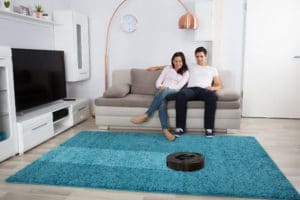 What Are The Pros And Cons Of Smart Homes? 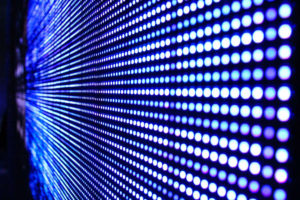 How to Make a Simple Home Automation Project (Using LED’s)

What Are The Pros And Cons Of Smart Homes?

How to Make a Simple Home Automation Project (Using LED’s)

3 Easy Home Automation Projects To Get You Started (For Beginners)

SmartHomeGizmos.com is a participant in the Amazon Services LLC Associates Program, an affiliate advertising program designed to provide a means for sites to earn advertising fees by advertising and linking to Amazon.com. Additionally, smarthomegizmos.com also participates in other affiliate and advertising programs, such as AdSense, ShareASale, Awin, Etsy, and CJ among others, and is compensated for referring traffic and business to them.